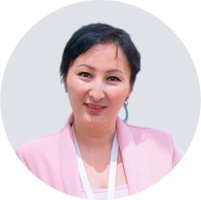 Gulmira Birzhanova
Legal Media Center Public Foundation
The events that took place on January 4-8, 2022, resulted in certain restrictions, including in respect of the freedom of online opinion and expression. Many representatives of the civil society, who fulfilled their social and professional duties to expose and document ongoing events, came under pressure by the limbs of law. Detainments, mass-scale summons to questioning in law enforcement authorities, arrests of journalists and bloggers, administrative penalties for publishing posts, physical attacks, and blockage of information websites – all this, without doubt, reflects violations of the right to the freedom of opinion and expression.
Chronicles of Violations of Rights of Mass Media Representatives and Bloggers
On January 4th
the chief of the capital radio bureau ‘Azattyk’, Darkhan Omirbek, who had been detained during his coverage of the protests, spent more than four hours in the police department. After his attorney interfered, he was released without any explanation of the reasons of such detainment.
On January 5th
Serik Yessenov, the reporter of The Uralsk Week, was filming military-style vehicles, when he was detained by the police. He was taken to the district police department, and law enforcement representatives tried to delete all the footage. Serik managed to send a notice about detaining to the chief editor of The Uralsk Week, Tamara Yeslyamova, who without a moment’s delay contacted the press-secretary of the city Department of Internal Affairs. As a result, all footage materials were saved, and the journalist was set free.
Makhambet Abzhan, the regular author and part-time correspondent of Ulysmedia.kz, was out of reach for two weeks, starting from the 5th of January. As earlier communicated, police made an attempt to arrest him after his coverage of protests in the capital. On January 20th Makhambet revealed himself. It turned out that he had been hiding from the law enforcement authorities in another city.
On January 7th
Lukpan Akhmedjarov, an independent journalist from Uralsk, was sentenced to 10 days of arrest according to part 6 of article 488 of the Code of Administrative Offences of the Republic of Kazakhstan (CAO of the RK) for organizing an unlawful meeting, demonstration, or public gathering. He was released on January 17th.
Daryn Nursapar, the editor of altaynews.kz, was also detained. He was filming the protest in Ust-Kamenogorsk and published those videos on his Facebook page. He was brought to liability in accordance with part 6 of article 488 of the CAO of the RK. On the 9th of January the journalist was sentenced by court to 15 days of arrest.
On January 9th
blogger Alexandra Osipova from East Kazakhstan oblast was imposed with a penalty in the amount of KZT 154,000 for her live broadcasts from the public rally. Her smartphone was seized.
On January 10th
Ardak Yerubayeva, who is a staff correspondent of Orda.kz, was detained and questioned by the police.
This list of journalists and bloggers, whose digital rights were violated during their coverage of the events, is very far from exhaustive.
On January 12th
the court, referring to article 478 of the CAO of the RK (actions which provoke violations of law and order under a state of emergency), sanctioned 10 days of the administrative arrest of Nurzhan Baimullin, the chief news editor of the information agency ‘Kokshetau Asia’. The reason was his Facebook posts, in which he put questions before President Tokayev. It is noteworthy that his posts neither contained any extremist or other unlawful contents, nor gave rise to violations of law and order. On the 17th of January, after his case had been considered by the Appeals Board, Nurzhan was released. He intends to challenge his arrest and then apply to the UN Human Rights Committee.
Moreover, recently mass media have been publishing information on the detainments of citizens in various regions in Kazakhstan for spreading knowingly false statements during the state of emergency.

● A resident of Akmola oblast was detained for spreading false information about policemen.

● In North Kazakhstan oblast, an Instagram public administrator was sentenced to 30 days of arrest for the web publication.

● A girl in Kostanay was detained for having photos and videos from the protests.
An ecological activist from Stepnogorsk, Artyom Sochnev, has been brought to responsibility under article 174 of the Criminal Code of the Republic of Kazakhstan (CC of the RK) after the action to support protesters from Zhana Ozen. His apartment was searched, and at the moment he has a status of a ‘witness with the right to protection’ under a criminal case on the ‘incitement to social hatred’. The activist was repeatedly summoned to questioning by police. Artyom’s relatives expressed their concerns about the situation. They believe that police actions indicate that Sochnev’s status may be soon changed to the accused.
(*More detailed cases can be found at the website of the Legal Media Center. ».)
Censuring is directly prohibited by the Constitution of the Republic of Kazakhstan in the normal course of events. Yet, under a state of emergency, imposition of such a measure is possible and justifiable, provided that certain terms of the Siracusa Principles are met.

Thus, restrictions are considered permissible, if they:

In doing so, any evaluation of the necessity of imposing this or that restriction must be based on objective factors. Plus, when imposing restrictions, it is of the utmost importance that the state does not apply measures leading to the larger restriction of rights than it is necessary to achieve the goal that serves as the ground for such restriction.
In respect to the situation in Kazakhstan, in all above-mentioned cases related to the restriction of the rights of journalists and bloggers, those principles were violated. Since the said journalists attempted to inform citizens on the most important events, their activities were aimed to preserve democratic values, and not to destabilize the situation during the protests.
At that time, international organizations made their statements on the violations of the right to the freedom of opinion and expression that occurred during the state of emergency in Kazakhstan.
The UN High Commissioner for Human Rights, Michelle Bachelet, expressed her concerns on the developments in the situation in Kazakhstan and encouraged everyone, including security forces and protesters, to refrain from using violence. She strongly advised to release all those arrested for the implementation of their right to participate in peaceful protests and of their freedom of opinion and expression.
The Committee to Protect Journalists called upon the authorities of Kazakhstan to allow journalists their free coverage of ongoing events in the country and ensure their security from officials and protesters.
Amnesty International, a global human rights advocacy movement, appealed to the authorities to release journalists and activists, who had been detained for speaking about mass protests, and to honor their rights.
Recommendations
● The State must be liable for ensuring safety and security of journalists and must not prohibit journalists to cover national protests by threatening their freedom.

● The State may apply lawful restrictions during the state of emergency, but must refrain from ‘overusing’ its authorities; any restrictions are allowable only to the extent they are needed due to the urgency of the situation.

● The State must contend against spreading fake, unreliable, or calling to violence information, but at the same time it should honor rights to the freedom of opinion and expression as set forth by the Siracusa Principles.

● It is important to bring the laws and practices of Kazakhstan associated with the freedom of opinion and expression, and also in the field of digital rights, to the full compliance with the international commitments